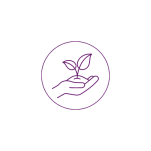 Why I am grateful I stumbled upon Gentle parenting

Like many people in the 80s I was raised by a very young mother, who followed her doctor’s advice and let me to cry it out, bottle fed from three months onwards, potty trained by 18 months, used physical violence and other forms of punishment, told me I was not allowed to cry and shamed me and scared me into obedience. I was a very good girl. Until I was not. Until I needed therapy for depression, anxiety and suicidal thoughts. Until I was ruining all my relationships with my fear of abandonment and rejection issues.

My pregnancy was not planned and by the time I found out, I did not have much time to figure out what kind of parent I would be. I knew I would not use violence or punishment. As a qualified therapist, I already knew that research showed not only that punitive discipline was ineffective long term but also traumatising, I also found it illogical to teach children not to hit others by hitting them.

I had no clue how to take care of babies, how to feed them, how to hold them, how to change nappies... I was terrified, especially knowing I’ll be doing this alone. I started to read up on what to expect. My friend kindly lent me What to expect when you are expecting. Which was very informative on al things pregnancy. At this point I expected to breastfeed for six months, that I’d use baby led weaning (as recommended by a friend), potty train at 18 months and for the baby to sleep in the cot from day 1 and in his own room from six months. I knew I’d use a carrier or stretchy wrap because my sister in law did and recommended it to make it easier to do chores with a baby. I made lists of what I needed and sourced every single item. I had it all figured out. Well, or so I thought.

While I was pregnant, I had to stop doing my job (self-employed massage therapist) and find a new one to keep me going till birth (I worked till the 39th week). I had to move out from my flat share because they were selling the flat and struggled to find new accommodation because landlords were reluctant to rent out to a single mother. I had to rely on the goodness of my friends till my son was four months old. He came 12 days after his due date, through an emergency C-section after 40hr labour, most of which I went through alone. My pool birth dream going down the drain. While in the hospital I had nowhere to go. I was homeless. This was extremely stressful time and I am so grateful to the medical staff for looking after us so well, because couple of hundred years ago, nor I nor Oli would be here. I was very fortunate as a friend took us in and I found a lovely flat few months later.

When I was released from the hospital I was extremely anxious, I had intrusive thoughts and had depressive spells. The only thing that helped me to feel better was my son. I had a stretchy wrap and I basically wore him like a little kangaroo, skin to skin every waking minute. I breastfed on demand as advised by my health visitor and he slept on me or next to me from day one. He had really bad reflux and would spit up in his sleep, which would choke him if he slept on his back. There was no way I could have let him sleep in a cot or basinet. Having him with me also meant that breastfeeding was easier and I got more sleep saving me from a too severe sleep deprivation.  It was around this time I started to look to FB groups for guidance and reassurance. I started with a couple recommended by a friend and someone in their comments recommended The Beyond Sleep project and Raising good gentle parents. These two groups opened my eyes to a completely new world. They introduced me to Sarah Ockwell-Smith, whose every book I purchased since reading Gentle discipline.

It was because of these groups that I persevered with breastfeeding despite horrendous pain that came from Oli having severe tongue tie, then milk blisters and blocked ducts, then bite marks when teeth came, then feeling touched out from the cluster feeds and nipple twiddling. I did it. I still breastfeed on demand at 27 months and I can’t imagine doing it any other way. It’s so easy to sooth tantrums, to help him to sleep and link cycles, to help me sleep, to boost our immunity, to connect us.

It was because of these groups, I truly begun to understand the damage CIO causes and how traumatic it can be for children and the parents. I changed my expectations of infant sleep based on science, allowing me to relax into the flow and be led by my son resulting into better sleep for both of us despite him still waking at night. I learned that bed sharing and co-sleeping when done safely is a great way to get a good night sleep and allow my son to feel safe in my arms.

It was in these groups, I found a great community of people who viewed their children as full humans, who have every right not to be hit by another, not to be verbally abused, not to be shamed, who have every right to feel their feelings and express them safely, to speak their truth and say no to crossed boundaries, to choose how much and when to eat, to feel loved and safe.

I started to read all I could on the subject of gentle or respectful parenting, learning from my patterns and triggers, healing my own past traumas and dropping my unrealistic expectations. I started to see the links between my clients’ issues and the way they were parented and how often trans-generational trauma is at play.

I noticed how much calmer and easy going I became as a parent, how much easier it became to respond out of love, kindness and compassion instead of anger, hurt or fear. I noticed the change in all my relationship as I simply became a better person, a better adult, a better friend to be around. As Oli reflects my patterns to me, I can see them clearly and bring them to my therapist to work on, speeding the therapeutic process exponentially.

Most of all, I became confident in my choices as a parent, which actually led to dropping the judgement of others. I now know that simply the fact that someone is parenting differently does not mean that my way is wrong and vice versa. I am the parent I dreamt of having as a child. I am absolutely not perfect and I still disappoint myself more times than I care to admit, but I look at the smiling face and twinkling eyes of my son and I know I am doing enough. (I will have to pin this post to remind myself of it on the not so good days).

If you would like to, like me, feel more confident in your parenting choices, be calmer in the midst of the chaos of family life, to enjoy parenthood, not just survive it, to find who you are in all of this, what are your needs and how to meet them, what are your boundaries and how to keep them and feel light, loved and loving, follow me on FB and IG, sign up to my mailing list or simply message me for more information.