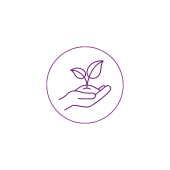 What I did not know about Natural term breastfeeding

To be honest, the answer is, I did not know anything at all. I thought that breastfeeding stopped when baby started on solids. I did not have many mum friends and although those I knew breastfed till about 18 months, I considered that the extreme in longitude.

Then Oli was born and my education begun.

Breastfeeding is so amazing, yet so ordinary. It’s been around since before our species evolved and certainly ever since. Until very recent past that is. Breastfeeding was just what was always done, it was the only way to feed babies and people did not think much of it, no one bothered about modesty or planning days out around it, it was what most mothers did. Of course there were women who could not breastfeed for whatever reason and royalty often shied away from it, but in these cases, wet nurses were used to feed the infants. Wet nurses were often new mothers in servitude or slavery with their own children to care for. Mostly though women just got on with it, often for quite a few years. This attitude can still be seen in many countries around the world, especially in the more remote locations where the ‘modern’ society has not extended its reach.

We evolved to carry our young close, to sleep with them and to breastfeed on demand. The latest research backs it up and the recommendation is now to feed babies only breastmilk or formula till six months old, to continue breastfeeding on demand till at least 12 months but if possible till 2yrs and beyond.

The natural biological weaning age for our species is 4-7 years.

Yet, there was a big drive in the last 150yrs or so to substitute breastmilk even when the mother was able to breastfeed, to make babies to sleep in different rooms almost from birth and not to pick babies and children up too much, to strive for early independence. However illogical and against mother’s instincts, they have to some extent succeeded thanks to a perfect storm of few factors.

The industrial revolution, the suffragette movement and later the post war efforts to lift the economy, women were allowed and encouraged to work. The CEOs did not want women on maternity leave, that cost money. At the same time, few mostly male, one could argue sociopathic, doctors, came up with thesis completely unsupported by any evidence, stating that, amongst other things, children should not be held, should sleep alone and should not be praised. There was a boom in the formula industry that put big bucks into advertising campaigns convincing mothers that a powdered cow’s milk is better for their infants than the milk they specifically produced in their breasts. It’s still incredible to me that they to a large extend succeeded despite the quality of the product being nowhere near as good as it is these days.

Another big aspect in this perfect storm was the advancement of the medical profession. Life saving interventions meant that many women and babies lived past their birthing experience that would have killed them in the past. This success seemed to have gotten into the mostly male medical heads and they decided that despite the millions of years women delivered babies all over the world, they suddenly could not do it without medical intervention or assistance even if all was well. Suddenly, the doctors became experts on all things baby, despite minimal training in most of the areas of motherhood, including breastfeeding. Add few other societal pressures on women to ‘have it all’, to put their husbands before their babies, to return to their jobs after few months so not to lose them, the gender pay gap, the lack of support due to general move away from life in communities to a focus on an individual and nuclear family instead, and here you have a mother, who is misinformed by so called experts, who is advertised to by greed driven industries, who is unsupported by the society nor her employers, who has to dig deep into the internet to educate herself about the latest science and sift through misleading information presented as solid facts.

When it comes to breastfeeding, the facts are simple. It has immense benefits for both the mother and child for as long as they both choose to do it. The biologically normal age to wean is between 4-7 yrs on average when child led and the benefits are present the whole time. Going the long haul is not extended breastfeeding, it’s natural term breastfeeding and it is absolutely ok. It is also ok not to breastfeed for whatever reason, to stop at any time before the natural term for whatever reason or to combo feed. I wrote this piece, because I wish I knew all this before I gave birth, to allow me to adjust my expectations, to save myself some stress, to be less bothered by the judgement of others as well as to be less judgemental myself.

I hope that like me you now have the knowledge to make an informed decision and here it is in a nutshell, so you have the basis on which to extend your search.  I am so glad that I changed my mind about how long I would breastfeed and if you also think it is an amazing feeling to connect in this way with your child, that it is such a relief that you can nourish him/her even when he/she struggles to eat for whatever reason and seeing how much your child still needs it, you are glad that you can provide it and will continue do so for as long as it is ok with both of you without feeling like you are doing something odd, then actually, taking into consideration all the nursing mothers of past and present, we fit right in ?